This week have plenty results to round up for you from Glasgow, Cardiff x 2, Pembrey & Merthyr Mawr.

Very many congratulations to them all on their much deserved international vests and invaluable competition experience against the very best combined eventers in the UK! 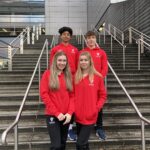 Saturday 4th December saw round 3 of 5 in the John Collins Gwent Cross Country League incorporating the West Wales Championships at sunny and windy Pembrey Country Park. There was a great turnout from the club too, our thanks to all the athletes and volunteers who made it happen. Here is how they all got on and any West Wales medals won! 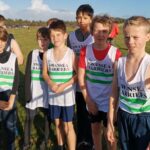 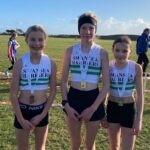 U17M: first home for the club was 6th Charlie Harris having a great run; followed home by 11th Tom Attwood; 16th Ben Sullivan; 23rd Morgan Willis; 27th Joshua Pritchard; 31st Matthew Lewis. The team are doing brilliantly as for the U11G & U13G on top of the league, but only by a tiny 5 points, exciting stuff! 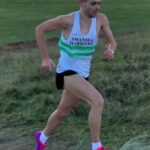 Sunday 5th December was the Welsh Athletics U13, u15 & U17 Indoor Athletics open meeting incorporating the West Wales Championships held at Cardiff. There was an ok entry from our juniors, we will be looking for a much, much bigger turnout for January 9th open meeting. Nevertheless all those present performed admirably, here is how they all got on including any West Wales Championship medals won: